We have a clever school! 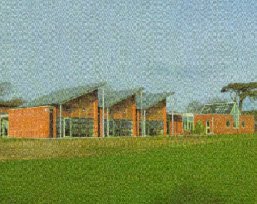 Our very own Milford on Sea Church of England Primary School in the village has substantially outperformed both the National Average & Local Authority Average in every measured category from recent results published by the Department for Children, Schools and Families. This includes high ratings in English, Maths & science. The absence levels are also low, which is no great surprise based on the great work that appears to be going on. The results also include a "contextual value added" (CVA) score, I have no idea what this is, but at 101.1, I reckon it must be good! A great job is being done by Head Teacher Sandra Matthews, her teaching & support teams. Well done everyone, including the pupils aged 4 to 11 years, who are obviously working hard, your village is proud to have you all!
No comments: 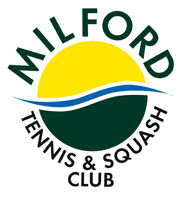 Fire Crews from three local fire stations fought a blaze Milford on Sea Tennis and Squash Club for over two and half hours yesterday evening. The fire started around 5.25pm on Boxing Day & the whole building was damaged in some way. Investigations are currently taking place. Read full story on the Daily Echo website:
http://www.dailyecho.co.uk/news/4821603.Tennis_club_wrecked_by_fire
No comments:

A more than Fayre Carol Night! 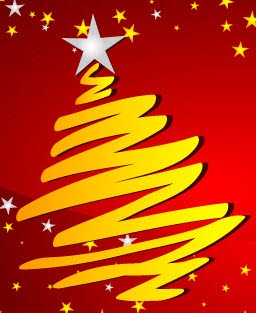 Our local Italian restaurant is now in the ownership of Nick & Val, together with their son Calum. They also run a company called the 'New Forest Pizza Partnership', who supply to local restaurants. Recently they have been at Lymington Market, & having met the family and tasted their fresh pizza’s & exotic breads, I am pretty confident that we will now have another gem in the village. Good value fresh food for the family, will be their theme, & if you made the Christmas Fayre last night you may already have tasted what they have to offer. I am sure our new restaurateurs will get a warm welcome to Milford on Sea, and although we are not sure what David’s plans will now be, we certainly wish him well whatever he chooses to do.
No comments: 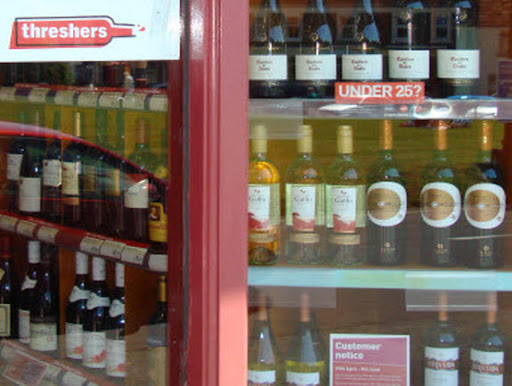 Good news, it looks like we are keeping our local off license. Our local Milford on Sea Threshers shop was threatened with closure after their parent company 'First Quench' went into administration recently. But we hear that Wickham Vineyards has now purchased our local store, together with 13 other ‘Threshers’ shops. The existing store manager will now work for the new owners, so good news all-round. Wickham Vineyards are producers of English wines from a vineyard located between Southampton and Portsmouth. If you are quick, there is presently a 25% reduction on 'liquidated (Ex: Threshers) stock!
No comments: 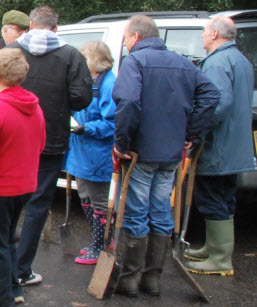 On Saturday, the combined Milford Environment Group and Wildlife Recording Group, participated in the UK's National Tree Week’s record-breaking mass tree-planting exercise called Tree O'Clock. This was an initiative to plant more than the current word record number of trees in an hour. The Milford on Sea group of around 40 weren’t doing them all, but were planning to plant a targeted 125 native species between 11.00am and noon. The final national results are still be collated, but we hear it is looking good.
No comments: 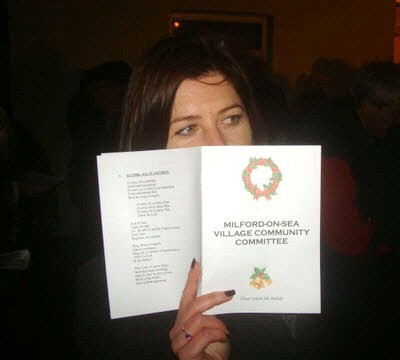 There is only one place to be next Monday evening, & that is in Milford on Sea village centre. The village is going to be alive with Christmas festivities for the whole family. Starting around 6pm there will be Childrens road train rides, Santa’s Grotto in Ashtons, Organ music, Lymington Town Band, Nativity Scene, Treasure Hunt prize presentations, Teddy Bear shop and Village stalls.

Our local shops are also having a late night opening, including Inger-Lise's Coffee Bar which now stocks hand crafted chocolate & stocking filler Christmas figurines. It doesn’t end there, the Christmas Fayre also have Mulled wine, Mince pies, Pizzas, Burgers and hot dogs, Chilli meals, Tombola, Raffle - & of course the highlight of the evening with the choir singing Christmas Carols on the Green around the Christmas tree at 7pm. There will even be Free parking in the Sea Road car park from 12.00 midday. The evening is all for local charities, so please go along!

Filming in Milford on Sea can be taxing. 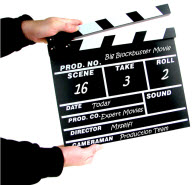 A few weeks ago we ran a story about a film that was being made at various locations across Milford on Sea village. The DVD film was written by Jonathan Golding, a writer on taxation issues and a resident of Milford. He was commissioned to make the film for ’LexisNexis’. (Yes, this is a real company, & not a James Bond villain.)

The film was officially launched at Milford’s very own ‘red carpet’ event at Westover Hall yesterday. The usual canapés & drinks were enjoyed by all of the local cast, plus Colin, our intrepid reporter. The scenes are played out at businesses local to Milford with the cast being those who run the businesses whose premises have been used. The ‘new local film stars’ had not previously seen the results of their performances and were invited to see themselves on the ‘big screen’. To date none of our local cast have been offered roles in Hollywood, but it is early days yet! Jonathan’s work is a training film targeted at audiences of accountants and solicitors. Scenes were staged at Hordle Manor Farm, The Red Lion, Polly's Pantry, Cliff House Hotel and Gates' Butchers and includes inbuilt humour and interactive multiple choice questions from which Colin was mercifully shielded. (Accountants, solicitors & humour, now they are not three words you normally associate with each other?!) It is not expected to see the work in our local cinema’s, but let’s hope the accountants and solicitors have a whale of time.

It all happening with Milford on Sea Food Week.

Since the launch of Milford on Sea Food Week a few weeks ago, things have really take off. We now have scores of events being planned, spanning across the whole week, and we have loads of local businesses, clubs & individuals which have already volunteered to join in. Throughout Food Week the village will be alive with dining offers & themed events, cookery experiences & demonstrations, educational events & talks, children’s fun cooking competitions, & the chance to buy local produce at our very own food market.

There are events for every age group run by various local eateries, clubs & organisations. We are going to put on some great entertainment for everyone in the village throughout the week, & hopefully also draw in plenty of visitors to boost our local village trade. The plan is to finalise the events before Christmas & then to start our publicity campaign in the new year. We are also looking for your favourite recipes to add to our online ‘Recipe Book Page’, simply e-mail your recipe to me & I will add it. We are hoping we can collect enough recipes to print a ‘village recipe book’ for the year after our first Food Week. You can also donate your old recipe books with Lesley at Sullivan Mitchell Estate Agents, Lesley already has recipe books there for people to now swap or buy, with all profits going to the Community Centre.

If you want to add a new event to Food Week, it’s not too late to join us, simply let me know that you would like to get involved, we are up for any ideas! Finally, If you are planning to go away next Easter why not change your plans, the Food Week starts on Easter Bank Holiday Monday & events run every day through to the following Sunday, when the finale is a Food Market in the High Street. Why not stay at home & join in the events – it will be fun! To see what we have planned so far please visit Milford on Sea Food Week website. http://www.milfordonseafoodweek.org/
No comments:

Where has the Milford on Sea Beach gone? 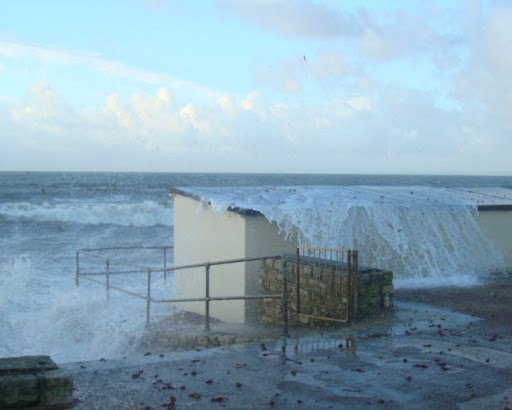 Anyone who has visited the beach since the recent storms will have noticed that most of the stones from the beach have disappeared. Well not actually disappeared, they have just decided to take themselves to barricade the beach huts, or to add a new layer to the car parks. It was fun to watch people steadfastly braving the beachfront as the stones hurled at them hidden in the massive waves. Of course it is very funny to see someone get an unexpected soaking, particularly when it was my wife & our two straggled dogs.
The prime views of the storms were of course from the cars at the sea edge in the Hurst Road car parks. Most sat with the obligatory bag of fish & chips from Mr Pinks (I suppose it is a bit like going to the cinema with popcorn), and some, I am convinced, watched happily as their bonnets & windscreens were peppered with pebbles, occasionally commenting to each other, ‘not to worry dear, it will be covered by the insurance’. Nothing stops us Brits from being by the sea!
Last summer the council spent months laying hundreds of tons of stones to the beach, but a load of the little blighters have now done a runner. Long term this must be a concern to people more sensible than me, and thankfully there help is at hand! Colin, our intrepid reporter, had discovered something quite interesting, & your incompetent story writer failed to publish this information for you in time. Anyway, just to tease you about what you missed, there was a Shoreline Management Plan Roadshow held at 'The Beachcomber' at Barton on Sea, last Tuesday. The event showed anyone who attended, (None of us I guess, as I didn’t let you know), about the plans for Milford on Sea’s beaches in the future. The good news is they are holding another roadshow in Christchurch, the bad news is it was last Monday. (He,he,he, you have missed that too!) Feeling slightly guilty, I felt it my duty to find out what the plan was, so I asked Colin. As he is much more studious than me, he discovered that the plan recommends maintaining the existing shoreline, so it looks like our ‘pebble replacement teams’ from the council will have plenty of work for several years to come. If you have time on your hands & can be bothered to trawl through ‘council speak’, you can read the Shoreline Management Plan yourself, this can be found on the Two Bay website.
http://www.twobays.net
/
No comments: