The History of Milford on Sea Youth Group

The Barry Phillips Youth Trust was started in 2010 in memory of Barry, with a Declaration of Trust which was completed by village solicitor, Hugh Whitlock. The original trustees were Jenny Spenser (Barry's wife), Zena Gibson and Veronica Crowley.

Over ten years the trust ran successfully and awarded in excess of £11,000 to local children. 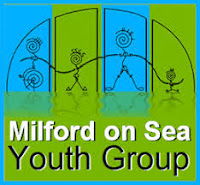 It was around 1970 when the Church had to abandon their youth fellowship because of a covenant on the new church hall which forbade youth activities. The old hall in Sea Road was then let to Barry Phillips (at the time, Jenny's husband to be) at a peppercorn rent to run as a youth club.
When the church commissioners found they were not getting a good rent they offered it to the youth committee chaired by Barry, who managed to secure over £4000 through local fundraising to buy the site for the youth of Milford on Sea.

Jenny joined the committee in 1980 and with Hampshire County Council supplying grants and wages for youth leaders, the club ran until 1995 when funding was withdrawn.

The youth group carried on with volunteers, but the maintenance of an old building was beyond the trusts resources, so in 1997 it was handed over to the Parish Council with a legal agreement that the site would become a Community Centre and Youth Club.

The Parish, as an elected body, were unable to apply for lottery money, so a new body of trustees was set up and eventually after almost 10 years our present village Community Centre was opened.

Barry passed away in 2009 a month before the new Community Centre was opened in September 2010.

To read more about the Trust and Olivia Inspires; please click here. 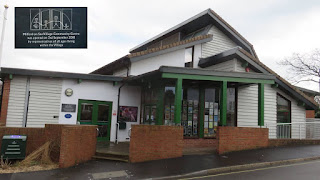