New times for Holland's of Milford

After 21 years Paul & Maureen Holland are retiring from the village grocer and delicatessen; Holland's of Milford.
Both have been such a credit to the village and after so much hard work they deserve a long and enjoyable retirement.
Paul was regular sight around the village in his van delivering to regular and new customers, whilst Maureen could be found behind the counter or organising the fully stocked shop.
During his deliveries Paul provided a friendly face to many who did not get a lot of visitors and I know he enjoyed this as much as they did. Not many people would know this, but for those that could not get out, he would even visit other shops in the village to get things his regular customers needed, such as fruit & vegetables, but could not get for themselves.
Paul & Maureen were always enthusiastic supporters of everything that took place in the village and always willing to help out with some local sponsorship, donations or event promotion. Personally, I would like to say thank you for all of the support they gave the Food Week Team over many years, it was always with a smile and generosity.
In recent times, the whole team at Holland's have been a rock to the local community throughout the current Covid-19 Pandemic, going out of their way to provide extra support to everyone, and in particular the most vulnerable in our village. 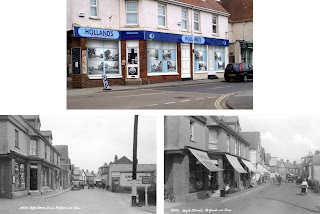 The new owner is Kularaj Pathmanathan who intends to continue trading as Holland's of Milford and he says that; "customers will hardly see any changes."
So while we say goodbye to Paul & Maureen from the shop, at the same time we send a warm welcome to Kularaj and look forward to him become as central to the village as our retiring friends were. 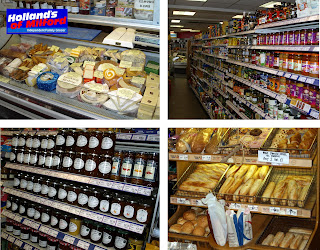