No surprise, but May Fayre cancelled 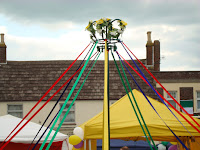 I do not expect this will come as a great surprise, but the May Fayre has been officially cancelled.

Organiser Sean Reeves said; "It is with a very heavy heart that I send this email to you with the announcement from the government earlier this week that the lockdown has to carry on for at least another three weeks, my continued optimism that the May Fayre may still be held in Milford has all but evaporated. As a result the event has now been cancelled." 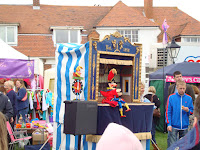 Sean has done a lot of good work for village events, including being involved in the Milford on Sea Arts & Music Festival, and it is a shame that the work put in by him and other volunteers for the May Fayre will not result is this event taking place this year. I have no doubt the village will be out in force the next time we get to have an event on the village green.

PS: I did consider suggesting that it could be held in September, but am I reliably informed that there is no May Day in September. "October then" I said to my wife, she just rolled her eyes, took a step back and kicked me viciously in the groin!