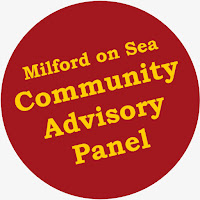 MoS Community Panel is a networking group of local voluntary organisations. They have decided to set up a charity to support existing groups and new projects with charitable aims and which benefit people living in the parish of Milford. It will act as an “umbrella” charity, providing a bank account, insurance, DBS checks for volunteers and general advice.

In time it will support groups to make bids for external funding. But each project, for example Milford Befrienders, or the new minibus project, will retain their own management and independence.

Individual donations, which are channelled through the charity will be eligible for gift aid, so will be 25% more valuable to the projects. When an individual makes a donation, they can make it directly to the cause they wish to support, or can donate to the charity itself. Any general funds which are donated will be allocated to new or existing projects.

Any Milford on Sea voluntary organisation who think they could benefit from coming under the umbrella can join the Community Panel, and become members of the charity.

All existing members of the Panel (which is open to anyone with an interest in the community) are eligible to be members of the charity, which will be administered by a small group of trustees. The panel meetings will continue to be the main forum for discussing new and existing projects and how they might be introduced and managed.

If you would like more information, or would like to get involved, please email the Panel Chair, Jenny Whitley below: