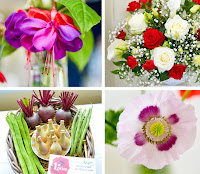 The annual Milford Flower and Produce Show was held the Church Hall of All Saints Church, Milford-on-Sea on Saturday 16th July 2016.

This years show was very well supported and many new people put in entries. There were some very good entries by children, including the Guides Cubs and Brownies, Rainbow. Milford Preschool also entered and were very successful winning the Helen Cookson Cup.

The Challenge cup this year was won by Mike Jones. Mike also won the Jim Asher Cup in the Fruit Section and the Weatherhead Cup in the Vegetable section.

There were several new entrants this year and the Liz Jones Cup for newcomers was won by Diana Corbett.

In the Fruit Section, the Polson Cup, for the most points was won by David Badham.

In the Flower section Dennis Eason, once again won the Margaret King Cup for his roses and also the Dorothy Nightingale Cup - this was for the most points in the Flower Section.

The President’s Cup for the best entry in the Flower Section “C” was won this year by Jill Spencer. The Fairbairn Rose Plate was won, this year, by Marigold de Jongh.

There were some lovely entries for the Floral Art Section and the cups awarded were as follows : The Lucey Bowl for “A Touch of the Tropics” to Sue Erler. The Molly Miller Cup for “Gardener’s Delight to Phyllis Kervell. The Danby Cup for “Sea Spray” to Joyce Grainger. The Hatchard Bowl for “Breakfast in Bed” to Lyn Atkins.

There were some wonderful fruit cakes in the Produce Section and some lovely bread and jam making The overall winner was Christine Twyford who won the Patterson Produce Cup.

The John Pither Cup for Handcrafts was won by Joyce Grainger

The George Dowland Cup was won by Megan Smith for the most points by an individual child.

The Show was a great success and from reports afterwards … was enjoyed by all.

The weather stayed fine for an afternoon of fun bowls before tea was served.

Do you fancy joining in the Walkies Charity Dog Walk? 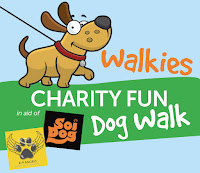 Nicky Carter is organising a Charity Dog Walk in aid of K9 Angels and the Soi Dog Foundation which last year raised over £2000.

The walk starts from the car park outside The Gun Inn and then a circular walk around the sea wall for approximately 3.5 miles.

Walkies Charity Dog Walk
Sunday August 14th at 10.45am
Starting from the car park outside The Gun Inn
Entries £3 per dog, 2 plus dogs £5.

Your dog is also welcome to join in the: Milford Green Dog Show
Sunday 31st July from 10.30 onwards.

Polly's get Award for Excellence 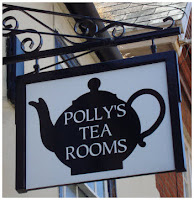 Polly's Pantry are delighted to have been awarded a TripAdvisor Certificate of Excellence for consistently good levels of service.

This makes them the first café in the village to achieve such a standard.

Nick Morgan, owner said; "I am incredibly proud of my team for all their hard work and the skills they offer and equally grateful to all my loyal customers"

If you enjoy a great breakfast, tasty lunch, or afternoon treat why not pop in to try a good old British tradition for yourself.

The Mayor and Mayoress of Lymington together with a further 75 attendees including members, partners and guests partook of a glass of sparkling wine offered by the Branch President Colonel Gordon Barnett, before sitting down to a sumptuous four course dinner prepared by a team of volunteers led by an enthusiastic local chef.

During the meal a rolling montage of the life of the Queen was screened and this was well received by all present as was the letter of thanks received from the Queen in response to loyal salutations sent from the Branch on the Queen's Birthday.

The Branch Chairman, Peter Gibbs, thanked all of those present for their support and in particular the Chef and his team of volunteer helpers who had worked so hard in sourcing and preparing the meal and in its serving. As a token of the Branch's thanks the Chairman presented each member of the volunteer staff with a bottle of wine.

Once the dinner and formalities were complete all present enjoyed an evening of dance and entertainment provided by Ricky Zalez a talented singer.

Thanks to the enthusiastic efforts of volunteers and support given by locally based traders in the form of discounts, free strawberries and raffle prizes some £1600 was raised for the work of the Royal British Legion.

The Branch also organised a vigil and service on the Village Green on 1st July to mark the 100th anniversary of the start of the Battle of the Somme.

Commencing at 0600 hrs the silent vigil was broken every 15 minutes for poems and writings of the period and at 7.30 whistles were sounded after which Canon Ray Hubble, the Branch Chaplain led the attendees in prayers followed by the Exhortation, Silence, the Kohima Epitaph and hymns. Some 100 people participated in the event and wreathes on our temporary War Memorial were laid by the Branch President and President of the Women's Section. 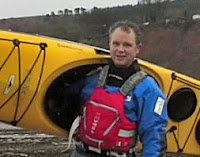 John Harcombe, son-in-law of Milford residents Chris and Wendy Thomas, is undertaking the challenge of kayaking the 100km round the Isle of Wight this Friday 8th July.

Starting at Sturt Pond at 5.30am, he aims to circumnavigate the island within 24 hours as he fundraises for research into Crohn's Disease. John's eldest son, 14 year old Alex, suffers from this debilitating disease, for which there is currently no cure. Alex has subsequently missed a lot of school, and struggles to enjoy activities in which his peers participate.

More information can be found on John's blog: www.kayakingforcrohns.org

The Seahorses Community Stay and Play Group were delighted to unveil their new Wendy House this week.

The Wendy House now sits happily in the courtyard area behind the Community Centre in Sea Road.

The play group is entirely volunteer run and they raised their own funds, with a little help from a Food Week donation, to provide this the nice addition for our kids to enjoy on pleasant days.

The Wendy House contains a fully functioning bar and great sea views from the roof. Sorry, getting it confused with the new Raft Rocks on the seafront.

Seahorses Community Stay and Play Group meets on Fridays from 9.30am to 11.15am, during term time at the Milford on Sea Community Centre. The group is for babies and toddlers under school age and is run entirely by volunteers and supported financially by the Community Centre.

Following its huge success last year, the Milford on Sea Arts and Music Festival beer tent will again be selling a range of lager, cider and wine along with nine real ales.

Back by popular demand is Vibrant Forest Brewery www.vibrantforest.co.uk, from Lymington  and this year the team are delighted to be introducing Dancing Cows Brewery www.dancingcows.co.uk, whose owners live in Milford on Sea and brew in Lymington, they will be supplying not only beer but also, new to the Festival bar, a small batch gin from their still ‘Sarah’.

Even more exciting, Dancing Cows will also be brewing the events very own Festival beer, and which the people of Milford are invited to name! The winning suggestion will get to sample the first pint on the Thursday evening of the Festival.

Beer Name Suggestions can be sent to committee@milfordfestival.org.uk. To find out the winning name, visit the bar during the Festival.


The Festival team has been working hard to bring a variety of exciting acts to the event, both local and from further afield.

The music for this year’s Festival is made up of new acts along with some old favourites, and featuring some amazing local musical talent. Our pubs and bars will be hosting music evenings all week as part of the Festival, starting on Monday 18th July.

To give you a taste of what’s on, the fantastic Dolly will be visiting the marquee on Thursday night in conjunction with Milford Folk Club. On Saturday 23rd July we are excited to announce that we have internationally-renowned musician Matt Hales and his band Aqualung who will be playing tracks from his new album 10 Futures. In addition, Alex Hall and his band Boy and A Balloon are performing, followed by the popular local band Clockwork Carousel.

The headline act has a huge UK following and will be performing on the main stage on the Saturday evening. To find out more, please buy a programme (this helps to fund this free event), or check out the website and Facebook page for more details.

Bar Volunteers: The organising committee are also still in need of volunteers to help behind the bar, so please email Jonathan Mulgrew at j.mulgrew@me.com if you are able to help.

The Community Café at Milford on Sea Community Centre is looking for some friendly volunteers to spare a few hours behind the counter.

The café is a great place to meet people whilst providing a valuable service, and if you can pour a cup of tea you are eminently qualified!